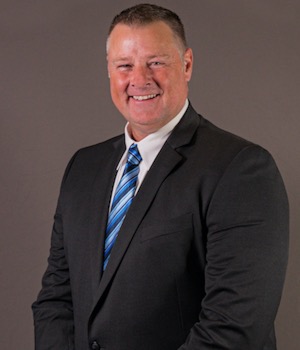 Jared moved to San Diego, CA in 1996 shortly after completing his undergraduate studies at the University of Puget Sound (UPS), where he earned his Bachelor of Arts degree in Business (emphasis in Finance). While advancing toward his degree, Jared was also a member of the UPS men’s basketball team and worked part-time at a local “crisis line” assisting callers in desperate and dire situations.

His relocation to San Diego seemed inspired as Jared immediately feel in love with the area. After working for about a year as a claims examiner for a large insurance company, Jared turned his full attention and devotion to law school. Jared earned his Juris Doctor (JD) from the University of San Diego School of Law in 2000.

After being admitted to the California Bar, Jared developed his civil litigation skills and refined his interpersonal skills as an associate attorney with a boutique insurance defense firm. He defended cases involving motor vehicle liability, premises liability, construction defect, product liability and toxic tort liability. It became abundantly clear after a short period that working for these large insurance companies was not the right fit for him. In fact, he recalls feeling like he was always on the wrong side of the table.

Knowing he wanted to give a voice to victims and those wronged by others, Jared joined the Law Offices of Bruce S. Meth as an associate in 2003. Joining forces with attorney Bruce was the right fit. The two focus exclusively on plaintiff’s personal injury (helping the injured parties). Jared never felt better in the practice of law as he does when helping wrongfully injured people get the justice they deserve.

Jared is admitted to practice law before all state courts of California and the United States District Court for the Southern and Central Districts of California (federal court). Jared is bilingual and handles all claims for the firm’s numerous Spanish speaking clients.

Jared is happily married and enjoys quality time with his wife, 14 year old son, and 12 year old daughter playing sports, surfing, kayaking, snowboarding, and the myriad of other outdoor activities available to Californians. He is also an avid motorcycle rider and is passionate about helping fellow motorcyclists who have been injured as a result of the reckless, negligent actions of others. He just gets it...riding is in his blood.