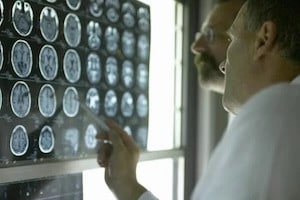 Few injuries are as traumatic and life-altering as brain injuries. Even a seemingly minor impact can result in a brain injury that causes headaches, diminished cognitive capabilities, and a variety of other symptoms, and in many cases, they render victims permanently incapacitated. Generally, brain injuries arise out of accidents caused by careless behavior, and in many instances, people who sustain injuries to their brains can recover damages. If you suffered a brain injury in an accident caused by another party’s negligent actions, it is prudent to speak with a knowledgeable attorney regarding whether you may be owed compensation from the party that caused your harm. The capable Chula Vista personal injury attorneys of the Law Offices of Bruce S. Meth are well-versed in what it takes to set forth a winning case, and we will fight diligently to help you seek a successful outcome. We regularly represent people who suffer brain injuries in lawsuits in Chula Vista, San Diego, and cities throughout Southern California.

Causes and Symptoms of Brain Injuries

Brain injuries rarely occur absent an accident. While some accidents cannot be avoided, most are caused by the negligent acts or omissions of one or more parties. Therefore, in most cases in which a party wishes to recover compensation for a brain injury, they will file a lawsuit against the party that caused the accident, alleging that the party was negligent. A plaintiff alleging negligence in California must prove each element of negligence to establish liability. In other words, a plaintiff must demonstrate the defendant owed them a duty to act with reasonable care, behavior that constitutes a breach of the duty, and actual harm proximately caused by the breach. Thus, if a plaintiff can show that their harm was caused by the defendant’s failure to act as a reasonable person would under the circumstances, the plaintiff may be awarded damages.

Damages Recoverable in a Lawsuit Arising Out of Brain Injuries

In most cases, a plaintiff the proves a defendant’s liability will be awarded compensation for the economic and non-economic harm caused by their brain injuries. Economic harm includes medical expenses, out-of-pocket costs, and lost wages. Non-economic harm refers to losses that are not readily quantified, such as the emotional trauma and physical pain and suffering caused by the injury. If the plaintiff was married when their harm occurred, their spouse may also be able to recover damages for the loss of the plaintiff’s services and companionship.

Brain injuries frequently cause devastating and permanent harm, and people who suffer brain injuries have a right to compensation for their damages. If you or someone you love suffered a brain injury in San Diego or Chula Vista, it is advisable to talk to an attorney about your potential claims. At the Law Offices of Bruce S. Meth, our proficient Chula Vista personal injury attorneys possess the knowledge and skills needed to help you seek a favorable result, and we will work diligently to help you hold the party that caused your harm accountable. We regularly represent people in personal injury cases in Chula Vista as well as throughout the San Diego area. You can contact us through our form online or at 619-691-8942 or via our online form to set up a confidential and free meeting.