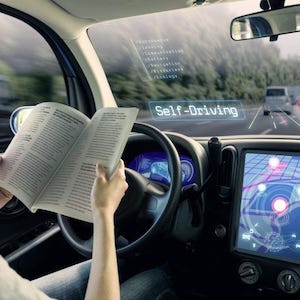 SAN DIEGO, California. The Smithsonian Magazine recently ran a story about the world's first traffic light. The story offers insight into the way traffic innovations that ultimately go on to prevent car crashes can initially cause more accidents. As the old saying goes, "those who do not learn from history are doomed to repeat it." Could the story of London's first traffic light offer us insight into how driverless cars should be received on the roadways?

In London, in the 19th century, traffic had become a dangerous issue. Reports of traffic accidents in 19th century London reveal a catastrophic mesh of horse-drawn carriages, vehicles, coaches, donkey carts, and pedestrians. Pile ups involved not only vehicles, but horse-drawn carriages. In early London, there were few traffic rules on the books, and every street could have its own traffic laws and norms, leading to frequent accidents. In an attempt to improve traffic safety, London installed its first traffic light. However, the new traffic light had one fatal flaw—which had nothing to do with its effectiveness in preventing traffic accidents. Drivers following the law, but the traffic light had a gas leak, resulting in an explosion that burned the police officer operator of the light.

It would be another 50 years before traffic signals were re-introduced in London.

The reality is that we are unlikely to receive meaningful statistics on self-driving vehicle safety until more of these vehicles are tested on the road and until they become available commercially. Until then, we may have to trust initial research that indicates that these vehicles can indeed be safer than vehicles subject to human error.

The Law Offices of Bruce S. Meth are car accident attorneys in San Diego, California who work closely with victims and families who have been impacted by car crashes. If you've been hurt in a crash due to another person's negligence or neglect, you may be entitled to receive damages to cover your medical expenses, lost wages, and pain and suffering. Visit us at the Law Offices of Bruce S. Meth today to learn more about your rights and options following a car accident.