''Non-lethal'' Weapons Used by Police in Protests Cause Serious Injury 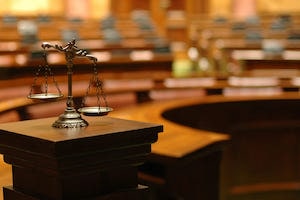 The Law Offices of Bruce S. Meth is a personal injury law firm in San Diego, California that helps clients who have been hurt in car accidents and those who have suffered injuries due to the neglect or negligence of another person or party. In recent weeks there have been reports of people getting injured when police used so-called "non-lethal" weapons to control protests and crowds. Recent scientific studies and news reports indicate that these weapons are far from safe and in some cases can result in serious disabilities or even death. The Law Offices of Bruce S. Meth is a San Diego, California personal injury law firm that works with individuals who have been hurt due to the negligence or neglect of another person or party. Given the extensive data and research on the danger of certain crowd control and protest control methods like rubber bullets, pellet guns, tear gas, and flash bangs, doctors and experts recommend that police forces not use these weapons on crowds. Despite this, we still hear news reports that these weapons have been used and we still hear about cases where people end up seriously injured.

What are the Personal Injury Risks of "Non-Lethal" Crowd Control Weapons in San Diego?

There have been several scientific reviews and a recent news report about the dangers of "non-lethal" weapons. According to the British Medical Journal, 1,984 people were reported as suffering injuries from bean bag rounds, plastic bullets, and pellets. Of those injuries reported, 53 people passed away from their injuries and another 300 people were left with permanent disabilities as a result of their injuries. Strikes to the head and neck were associated with more severe injury and risk of death. The researchers concluded that there was a real risk of severe injury and death with these types of crowd control measures and therefore the researchers noted that these measures should not be used on crowds or as a method of protest control.

BMJ Military Health also notes the risks of projectile "non-lethal" weapons. For example, with pellet guns, BMJ Military health reported 685 eye injuries with 45 of these injuries resulting in blindness. Other injuries from pellets include fractures and wounds. Part of the issue with the use of pellet guns on crowds is the lethality of these weapons is highly dependent on where a person is struck, how far away the shooter was when the pellet gun was shot, and the type of tissues affected. As many as 635 pellets can be projected outward in a single shot, meaning that a shooter won’t have much control about where the pellets land. When these pellets land in a crowd, they can strike victims in sensitive places like the eyes, head, or neck, resulting in serious injury.

Despite these known risks, "non-lethal" weapons like pellet guns, rubber bullets, and other crowd control measures continue to be used to control protests and crowds. The New York Times recently did an investigative review into the impact that these weapons have had on people going to the recent George Floyd and Black Lives Matter protests. Injuries described in the article included head injuries (some of which resulted in traumatic brain injury and required surgery), groin injuries (which resulted in the victim being told he might not be able to have children), and puncture wounds involving vital organs. The New York Times noted that flash bangs and pepper spray can result in respiratory distress and eye injuries, and that experts say that many of these weapons should not be called "non-lethal" but should rather be called less-lethal.

Given the data on the deadliness of these weapons, it is possible that victims and families might soon choose to come forward to hold police officers and police forces accountable when these weapons are used. The data on how dangerous these crowd control measures can be is well-known. What can you do if you or someone you love was hurt in a protest in San Diego, California? Consider reaching out to the Law Offices of Bruce S. Meth, a San Diego, California personal injury attorney today. Our personal injury law firm may be able to help you seek damages for your injuries.

The injuries that individuals have sometimes sustained in protests are quite serious. Individuals have the right to protest peacefully without the fear that they will leave with a serious or life-altering injury. If you or someone you love was hurt in a protest due to the use of police force, or due to the negligent actions of another person or party, you may have rights under the law. Reach out to the Law Offices of Bruce S. Meth, a San Diego, California personal injury attorney today or learn more by connecting with our law firm through USAttorneys.com.